I've been wanting to write this post since a little while... okay, I actually got most of my idea while writing this first sentence, but whatever...!

You probably know that I draw, if you didn't, well I've been doing it all my life! Wayyyyyyyy before photography. When I was a child, I thought that photography was like a "cheat" art-form because it was too easy to just capture reality... times change!

It has always been a part of me and my lifestyle to recreate the images I have in my mind. My imagination runs wild as soon as I open it's door and I create out of it.

Love has also been a humungous part of my existence, and it has been on my side since birth. Even when life gets tough, love got me through one way or another. I sometimes call it God. (not being religious here, just sayin')

I've always believed in True Love, in a soulmate or Twin Flames as they are calling it these days. I believe it for every single person... yeah, I still do.

The years have brought me different partners who have "defined" my love life. Special and wonderful in their own way, partners.

The men I -carefully- chose to be with -and actually call my "boyfriend"- became a part of my creative life and I've explored that in different ways:

These are pretty much listed in order of my involvement in each domain.

As you can see, drawing is number one.

Since my early teens, I've been drawing love scenes, primarily a couple -involving an alter ego of myself and a dark hair'd guy with pale eyes- with an ongoing story that kind of leaps into my current trilogy.

My second did not have a drawing, I actually began photography and made a cheap montage. I, sadly, was not drawing (or barely) during that relationship.

This one is one of my faves, not for the memories or whatever, but because this drawing is so alive and believable while also being dark and deep.

It actually took very little time to make because of the silhouettes, and the background is a remake of a picture I took of the river and the stars with my super old iphone that night.

A drawing of my actual room at the time

The winter road is one of my photographs

I made many drawings of my third relationship, as I was exploring the wonders of Digital Drawing/Painting

None of these men were what I was looking for.

My first love (image 1), was an almost exact replica of the guy I was drawing as a child, but after four years, I realized he wasn't right for me.

Although it wasn't a bad relationship, it discouraged me totally on what I thought I knew. I thought I had found my One. So... maybe there isn't a One after all?

Sadly, the others were selected for their loving, emotional, and intriguing nature... which was a huge mistake. Musicians. I love music, maybe I loved that about them... I don't know. All I know is that it felt like they weren't for me... but my disbelief in ever finding another "One" got me trying to make things work either way.

After this third one though, it was over. I decided: Fuck these "surface" loves, fuck the drama and the "trying to make it work", fuck the possession and addiction to another, fuck feeling like I'm wasting my love and my body, fuck all of that.

I'm going to find the man I've been feeling in my heart since I can remember.

I'm going to wait, to share my divinely powerful Love with an equally loving partner.

I made visualizations, meditated, made vision boards, drawings, wrote a book, wrote songs, made a wish list... I did everything I could to attract the man of my dreams.

For years, I waited and worked on myself.

For years, I was alone, creating my biggest project of all time, Axys...

I remained patient and hopeful,

All I wanted was to build and share a life with that partner... with the One that was calling me to him.

I could feel him.

I spoke to the moon regularly, as if he were connected to it.

I would dream vivid, lifelike dreams that filled my heart for days after I had woken up.

for a friend's birthday party, which I was unsure of attending, I got all pretty and thought:

- I'm sure I'm doing this for nothing again, my man is probably not going to be at that party.

I've never put as much effort as I have into this drawing. Approximately 70 hours in, and not even 100% done. I haven't posted it anywhere else because I want it to be as perfect as I can make it.

I might -still- be naïve, but... as I walked up the stairs and looked around, I got stunned by his presence. I couldn't see anyone else. Time stopped. Our eyes locked for a moment, I couldn't believe what I was seeing. Incredibly attractive, yes, but so powerful.

It's hard to explain, he was, all in one, an absolute package of what I had been searching for.

I thought: -He must be taken... but life decided that day that I wasn't hitting my face against a wall.

of ALL the shows and festivals,

of ALL the travels,

of every single person who had ever crossed my path,

none corresponded to my criteria (I'm picky and specific as fuck)

I think I found him.

Why do I say "I think"? Because it's still early in the relationship and I don't want to get my hopes up then torn down.

I'm being careful, I'm letting my heart adapt at it's rate... maybe I'm pushing it a bit... but I'm trying not to. I keep working on myself, I keep a safe distance, as if I were approaching a wild animal. I let us gravitate to one another naturally.

I want to finish this -very personal- story by mentioning some lessons I've learned since the beginning of this "special" relationship:

- It doesn't change anything in your life besides the way you spend your time, in other words: life goes on (even though it's wonderful to be close to someone you feel deeply about)

- Learn from your differences and enjoy your similarities.

- Don't bring your old baggage in the couple, we all have exs, leave them where you left them.

- Give and take space (for yourself and for the other)

- Adjusting (This is a special one because there has been a debate recently on a group I'm in on facebook. Some said we should not change for our partner, but I think that sometimes they are things that you maybe wanted to change but never had a reason to or never got around to because it didn't matter when you were single)

- You're not alone. They care about you, probably as much as you care about them so don't keep things inside. But also, listen, if you want them to talk, you gotta listen when they do.

- Don't lose yourself (in music, okay, but not in your relationship) That's one I learned a bit before, but still relevant.

- Be open, be simple, as much as you can. This is a difficult one for me because I'm super imaginative and I have trouble explaining simple things, so I close up :/

- Be independent, pay your shit, deal with your shit, yet ask for help when needed. They do care, but nobody want's to be with someone who cannot or does not take care of themselves.

- Be loyal, sometimes, people around us can be toxic to the relationship and we should avoid them as much as possible.

- Be smart, educate yourself, if you don't know about something they know, let them explain and try to remember (lol)

- If you prefer staying alone in your drawings tonight, do it.

- Smile, laugh, be playful, be charming, be you

- Don't be nosy about the past, find out who they are and what makes them happy/mad/nervous/turned on... etc

- Wait... wait for it. Wait before jumping into sex. It's more than just a physical joining between two genitals, it's supposed to connect you to each other. It should be seen as linking permanently two souls, because when you think about it, you're always linked somehow to the people you had intercourse with. Choose wisely!

- Pick your battles, and try to understand the other one's point of view.

- Learn to let go, let go of your emotions, of your thoughts, of control, of winning, of needing love or affection (replenish your own self when you feel that way, for me it's being alone, taking a walk/run, music, meditation...)

- Love, Love from the heart, Love with your whole body. Love without expectation. Love yourself.

So that's what ends this huge blog that totally went elsewhere. 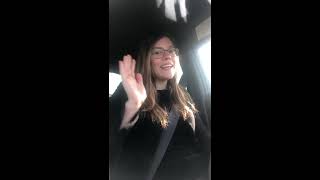 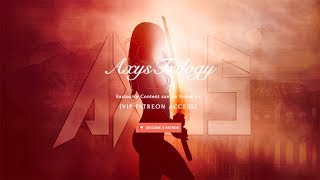 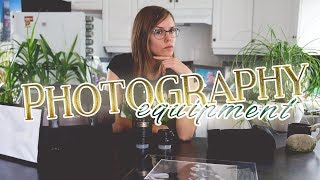